MIDLAND, VA / ACCESSWIRE / March 1, 2019 / Smith-Midland Corporation (OTCQX: SMID). This past December Smith-Midland announced the promotion of Mr. Sergei Samoilenka to VP of Operations of its flagship manufacturing facility in Midland, Virginia. Mr. Samoilenka has put his decades of precast concrete experience to work for Smith-Midland Corporation since 2004. His role prior to becoming VP of Operations was as plant manager of the Midland, VA facility. His guidance and support of the large and diverse workforce has played a major role in the expansive growth of the company.

Mr. Alan Pritchard was promoted to Plant Manager of the Midland facility. Alan came to SMC with an extensive precast background, and he has served outstandingly as SMC’s Quality Control Manager since January of 2014. In January Sergei Samoilenka, VP of Operations, made the promotion announcements of Mr. Vaughncarl Gardner to Quality Control Manager and Mr. Joseph Shields to Team Leader (Batch Plant). Vaughncarl came to SMC in March of 2015, and he worked in Architectural until November of that year when he transferred to the QC Department. He has earned the NPCA Master Precaster designation as well as PCI III certification. Joe came to SMC with an extensive background, and he has been a member of the Batch Plant team for last seven years and he also worked for the company from 1998 until 2002.

Concrete Safety Systems, Smith-Midland’s safety barrier rental division also hired internally. Roberto Chavez Villalobos is returning to CSS as the General Manager effective Monday, March 11th. Roberto came to SMC with an extensive work background and he has been a strong member of the Smith-Midland team since 2012. Roberto has been integral as a Lead in the Architectural Shop for several years and his proactive approach to production there will be missed. At the NPCA Conference this week in Louisville, Roberto will receive his certification as Master Precaster after completion of his training.

Smith-Midland is proud to see continuing career progression and education within our organization. 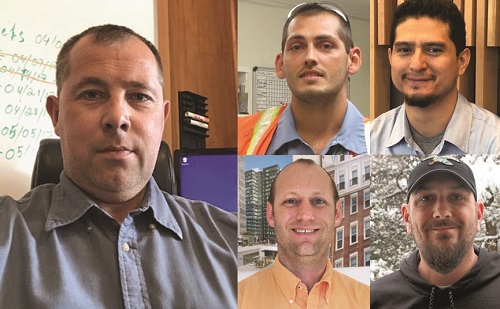 NovaBelle Cream is Featured in a Positive Review on eTopical.com

You may have missed

Sanofi: Disclosure of trading in own shares